The United National Antiwar Coalition (UNAC) denounces any attempts by the US to stop shipments of Iranian fuel to Venezuela.

Last week, an Iran-flagged tanker passed the Suez Canal, reportedly bound for Venezuela with a shipment of refined fuel. Despite having the largest proven oil reserves in the world, Venezuela’s refining capacity has been damaged by the US embargo, greatly hindering its economy. US officials have claimed that Venezuela has begun to purchase fuel from Iran directly with gold, thereby bypassing US-controlled imperialist trade mechanisms. 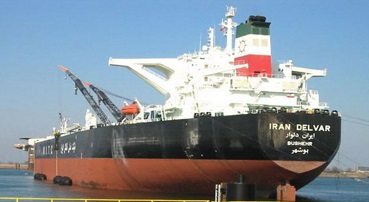 Four additional Iran-flagged tankers loaded with refined fuel are reportedly following the first. According to an anonymous US official quoted by Reuters, the US “is considering measures it could take in response.” This comes against the backdrop of the large escalation of US Navy presence in the Caribbean Sea ordered by President Trump in April, ostensibly to combat “narcotrafficking” but widely understood to be a military buildup specifically to threaten Venezuela.

US military threats against these oil shipments pose a threat to the entire world. Coercive economic measures imposed by the US on Venezuela and Iran already amount to acts of war against those nations. US military action on the high seas to stop these fuel shipments would deepen the level of conflict and escalate it onto a global scale. It would also be an act of piracy, interfering with normal and perfectly legal trade between two independent nations.

A world where a hegemonic US superpower acts unilaterally, arbitrarily, and with no accountability, is a world that is dangerous and unsustainable. UNAC believes that US imperialism is the greatest obstacle to peace and social progress for humanity globally. Ongoing US sanctions, provocations and terrorist plots against Venezuela and Iran are already acts of war against those nations’ people, but each further attempt threatens to bring about a new level of open violence.

UNAC stands in solidarity with Venezuela and Iran in their efforts to construct nations independent of US imperialism and a world guided by the right of nations to self-determination. We demand that the U.S. ceases all militaristic rhetoric and actions toward Iran and Venezuela, including sanctions, and that it follows international law with regard to free and open seas. We call on our member organizations to unequivocally oppose US acts of aggression against Iran and Venezuela, and to continue laying groundwork for mass local actions in the event of military escalation.