THE UNITED NATIONAL ANTIWAR COALITION (UNAC) CALLS ON THE ANTIWAR MOVEMENT TO TAKE ACTION TO END U.S. THREATS TOWARDS IRAN AND PREVENT ANOTHER WAR FOR OIL AND GLOBAL DOMINATION

After withdrawing from the Joint Comprehensive Plan of Action, the so-called Iran Nuclear deal, and the imposition of harsh sanctions, the Trump administration now threatens a new war in the Persian Gulf.  A U.S. Naval aircraft carrier battle group has been sent to the region along with B-52 bombers and plans to increase the already heavy U.S. military presence in the region by 10,000 troops.  For years, the U.S. has had Iran militarily surrounded as it has tried to isolate them politically and economically. 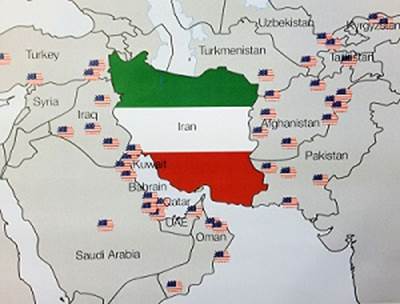 The U.S. claims that it is responding to a looming threat from Iran but no evidence of such a threat has been provided.  This new aggressive move on the part of the U.S. is in keeping with the desires of Israel and Saudi Arabia - two of the U.S.’s most right-wing allies in the region - to destroy Iran.

It is not Iran that is a threat to peace, but the U.S.  In modern history, Iran has never attacked another country, something the U.S. has done continuously.  Iran has not threatened to attack the U.S. or other countries, only maintaining its right to defend itself.  On the other hand, the U.S. has threatened to annihilate Iran if it interferes with U.S. “interests”. While the U.S. has around 20 times the number of foreign military bases as all other countries combined, Iran only has foreign bases in Syria, a country that asked for Iran’s support in its war against jihadist forces, most supported by the U.S. and its allies, as well as direct attacks from Israel, the U.S. and its NATO allies.

The U.S. blatantly asserts a “right” to determine what government any country should have in direct violation of every country’s right to self-determination.  The sanctions imposed on Iran are war by other means.  Sanctions deprive the population of food, medical care, commerce, and foreign aid.

We have seen the disastrous effects of the U.S. wars on Iraq, Afghanistan, Libya, Syria and other countries as well as its support for Saudi Arabia’s war on Yemen and Israel’s ethnic cleansing of the Palestinians. It’s time that we put an end to this aggression.  Both major parties in the U.S. have shown their desire for war.  The Democrats have been even more aggressive towards Syria, Libya, N. Korea and Russia than the Republicans have been.  Therefore, our movement must be unified and independent of the two big business war parties.

Join with UNAC to demand