War Propaganda and the Trump/Putin Summit

The relentless hue and cry denouncing the recent Trump/Putin summit meeting largely emanates from the so-called liberal establishment, the Democratic Party, and their partners in the corporate media.  The Democrats hope to reverse electoral losses by vilifying Trump while simultaneously, once again, proving to be incapable of advancing critical policies that the people need and want.  Many progressive people who claim to oppose Trump and his policies, are themselves shamefully supporting NATO and more aggressive policies and sanctions against North Korea and Russia. They express support for the “professional” FBI that has been responsible for COINTELPRO attacks on the Black movement and the left and the intelligence agencies that spy on everyone and engage in assassinations, war, and regime change.  Robert Mueller, the Director of the FBI for 12 years, is falsely promoted as a hero and a possible savior of a non-existent democracy. 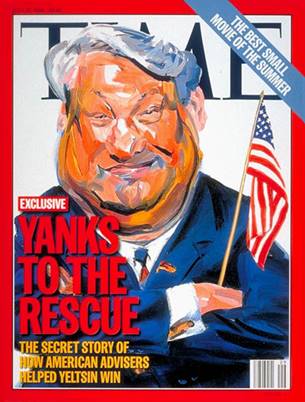 The US always needs a major enemy (or many) to demonize in order to focus attention away from its real motives and crimes against humanity.  Whether it’s foremost economic rivals like Russia and China or other countries not under its control like North Korea, Syria, and Iran, or whether it uses Islamophobia, racism and anti-immigrant attacks at home, its hatemongering and demonization policies serve to cover what is the real target of US imperialism: domination of world markets and exploitation of the world’s resources and people to the advantage of the super-rich in the US.

The US complaints about Russia are the height of hypocrisy.  Although we have not seen any proof of Russian interference in the US elections, the US routinely interferes in the elections and internal affairs of other countries, including Russia.  It is the US that promotes NATO aggression at the Russian borders, including backing the rightwing coup in Ukraine. Indeed “regime change,” endless wars, embargoes, sanctions, drone wars, special CIA operations wars, and “secret wars” have been the stock-in-trade of US policy for decades and longer.  The scale of US/NATO intervention has been massive and includes interfering into elections, direct invasions, financing coups, and proxy wars, along with financial strangulation through IMF-imposed neoliberal austerity measures and sanctions.  It is the United States, not Russia, that has been involved in almost continual warfare and aggression.  The US has around 20 times the number of foreign military bases as all other countries combined and has troops in approximately 172 foreign countries.  It is currently bombing 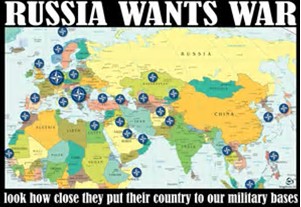 The accusation that Russia is a player in interference in US elections serves to draw attention away from the reality of real domestic interference in our democratic institutions that undermines fair election. These include gerrymandering, rigged voting machines, disenfranchisement of people who are poor, young, nonwhite, incarcerated, and immigrants, collusion with big money, a Congress and court system dominated by the military-industrial-financial powers, a controlled press, and two parties in power that pretend they are fundamentally different in their allegiances.

This statement is in no way an expression of support for Trump and his policies.  He is a racist, sexist, warmonger who has demanded increases in the military budget for the US and NATO countries and has escalated the US wars and attacks on countries that refuse to be totally subservient to the dictates of Washington and Wall Street. He has provocatively moved the US embassy in Israel to Jerusalem and given uncritical support to Israel’s genocidal war against the Palestinian people.   His policies toward immigrants and refugees have brought insecurity, arrests, separation of families, and horror for people escaping countries that have been the victims of US imperialist policies.  His administration is stripping environmental protections and any curbs to global warming.  He is helping to move the country in a more right-wing direction that is reminiscent of pre-fascist regimes of the past.  Both his imperialist policies and those of his Democratic opponents must be opposed.

The attempts by the US news media and the Democratic Party to deny Trump’s election victory by accusing Russia of interfering in the elections is an attempt to avoid taking responsibility for their own bankrupt polices, which push for more war and corporate profit at the expense of working people in the US and throughout the world.  Today, the Democratic Party has a one-point program:  "We are better than him.”  The Republican slogan “Make America Great Again” and the Democratic slogan “Bring the Democrats back to Congress” are the same.  Both support maintaining the system of racism, imperialist war, profits only for the rich, and destruction of the environment.  This will not bring us peace and prosperity but only more war and austerity. Peace will only be achieved by the actions of the millions and billions of working people and their allies among the oppressed, throughout the world, who have no interest in imperialist wars of intervention and devastation.

The antiwar movement can advance only if we remain independent of the corporate political parties and build a movement that is unequivocally opposed to all US interventions around the world.  We must be in the streets in massive numbers this fall demanding real peace and democracy and denouncing ploys from the two war parties.

November 10, in Washington, D.C. has been set as a united and massive protest against Trump’s call for a military parade on Veterans Day.  All out on November 10 to demand End All US Wars at Home and Abroad!