The United National Antiwar Coalition condemns the latest attempt by the United States, and its allies in Colombia and the Venezuelan opposition, to oust Venezuelan President Nicolás Maduro.

This past Sunday, the Venezuelan Navy captured a group of armed mercenaries travelling by speedboat toward the coast of Venezuela.  The group of heavily armed militaries was composed of Venezuelan Army deserters and opposition supporters.  Their goal reportedly was to enter the capital, Caracas, and carry out a violent coup to overthrow Democratically-elected President Maduro 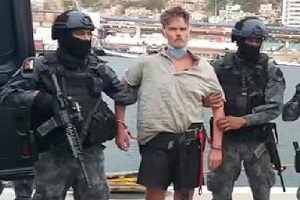 The group of would-be terrorists, who were intercepted and detained by the Bolivarian National Armed Forces (FANB), were trained in Colombia with the knowledge and permission of the Colombian government. They were led by former U.S. Green Beret special operations soldier Jordan Goudreau.

On Monday, another group of eight infiltrators were captured by Venezuelan forces after they were reported by local fishermen. This group included two U.S. nationals, Luke Denman, 34, and Airan Berry, 41, both Texas residents with military background.

Venezuela has announced it is deploying the FANB to search the country for additional infiltrators. Goudreau’s private global mercenary group Silvercorp was hired by Venezuelan opposition leaders to train defectors, armed with military-grade weapons and transport, to lead an invasion of Venezuela and seize the capital within four days’ time.

This is not a new tactic by any means. This failed invasion and coup attempt are reminiscent of the nearly identical plot in 1961 to overthrow Fidel Castro during the Bay of Pigs fiasco in Cuba. That CIA-hatched plot also trained and armed deserters, opposition leaders, and mercenaries before attempting an amphibious invasion of the island meant to start a counter-revolution to oust Castro. That plan, also an attempt to topple a government whose leader stood firmly against U.S imperialist interests, was defeated.

These plots to remove any leader, government, or movement that stands in the way of U.S. imperialism and capitalists’ profits are not new, and likely will not end anytime soon–especially as the United States attempts to cling to what remains of its dwindling global influence. Like a wounded animal, this does not make the U.S. less dangerous on the global stage; in fact, it may be even more so, as the empire’s attempts to cling onto power become more and more desperate.

Therefore, UNAC calls on all anti-war and peace activists to prepare for the possibility of emergency actions against U.S. war in Venezuela, no matter what form that war takes. Groups should develop plans for pandemic-appropriate demonstrations, like car caravans and/or socially distanced street protests. UNAC is prepared to call for coordinated national action on a short timeframe if events escalate.

UNAC opposes all attempts by the U.S. and its allies throughout Latin America to invade Venezuela, a sovereign, independent country whose president, Nicolás Maduro, has been elected twice by the Venezuelan people.

We condemn all actions taken by the United States to create instability and violence in Venezuela.

We denounce all forms of economic warfare being waged by the United States against Venezuela, including stealing the country’s gold reserves and the deadly sanctions that the U.S. continues to impose on Venezuela during this time of global pandemic.